Chemical Export to Watercourses in the Finn Catchment As part of the chemical export investigations the Loughs Agency team has carried out surveys on Sheep Dip and Forestry practices within the Finn catchment. These practices are potentially significant sources of herbicides and pesticides reaching local watercourses. Loughs Agency plan to use the information gathered in the surveys to introduce measures which it is hoped will reduce chemical escape into the waterbodies of the Finn Catchment.

An initial desk top study focused on chemicals commonly used in agriculture and forestry and looked at the nature of the chemical, the potential for introduction into the environment and its effect on macroinvertebrates and fish species. It also identified solutions and recommendations which could be implemented in the future.

Sheep dipping practices were identified as a significant source of chemical export from land into local watercourses. The CatchmentCARE team gathered information by attending sheep marts in the Finn area and asking farmers to complete questionnaires. The results helped the team understand how farmers use, handle and dispose of sheep dip. Based on the newly collected data, the survey team has now compiled a dashboard of 103 public and private sheep dipping locations.

There are plans for a training day organised by CatchmentCARE staff and Teagasc to be held in Autumn 2020 to help further educate the sheep farmers of the Finn catchment on best practice for sheep dipping and spent dip disposal.

The second contributor identified as potentially being a significant source of chemical export in the Finn catchment was Forestry.  Within the Finn Catchment, forestry covers around 108.41km2 which is approximately 20% of the whole Finn Catchment area. The team completed survey work on Coillte sites throughout the Finn Catchment. Based on this survey, the team compiled a list of six Coillte sites which would be prime for implementing mitigation measures such as the planting of native broadleaf tree species, creating sumps or swale areas to improve filtration of sediment and chemicals, planting willow or birch in areas of water setback and woody debris dams along drainage gullies and edge of plantations. 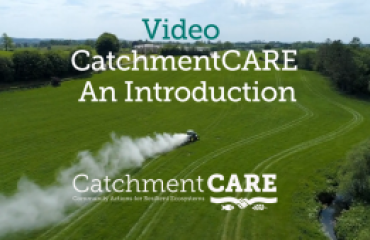 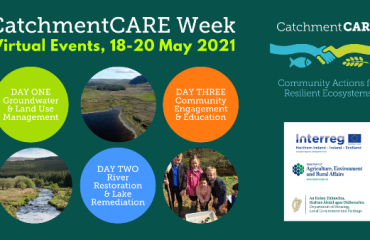 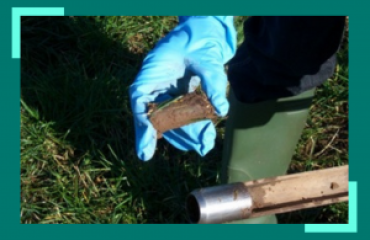 Taking the Guesswork out of Grassland Management