The groundwater team has been busy trying to find dykes, which are walls of molten rock that squeeze up through cracks in the earth’s crust. A dyke’s size can vary from only a metre or so up to 10’s of metres wide.

In 2005, the Tellus project found that the north of Ireland has a very high density of dykes that have cut through the normal bedrock. This is thought to be significant when trying to understand groundwater; how it flows and how to manage it. Dykes are thought to be like big solid walls that prevent groundwater from passing through. This can create compartments within aquifers, which can result in contaminants becoming trapped behind these walls. Knowing where dykes are is therefore important when deciding where to install groundwater monitoring stations.

Paul Wilson from BGS and Mohammednur Desissa Ture from GSI performed magnetometer surveys over the top of two sites in the Blackwater Catchment, where the aim is to drill boreholes on either side of, and into, dykes so that tests can be performed to work out how they influence groundwater flow in limestone and sandstone aquifers. This will be a world first since it is very difficult to locate dykes and decide where to drill. However, the Tellus data has enabled Mohammednur and Paul to design focused surveys that have pinpointed the locations of the dykes that cut across these sites.

The surveys used a magnetometer to pick up the earth’s magnetic field. This is influenced by the rocks below and a magnetometer detects these small variations. Every time you walk over a dyke, the signal changes and if you do this across many different lines, you can build up a picture of the orientation. 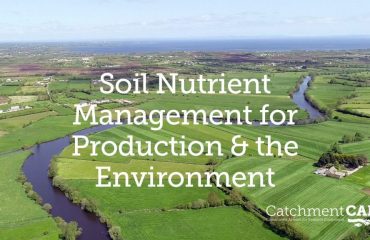 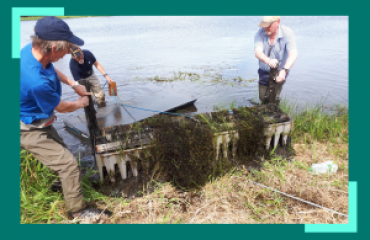 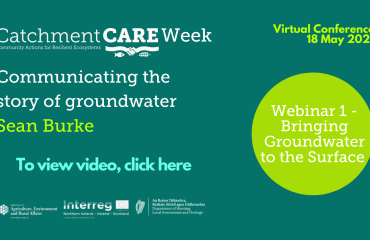